It is not only the drawing showing a dromedary, but also the inspiring protein originates from a dromedary camel.
This small protein is called nanobody. Sounds cool, but what is a nanobody? It is a fragment of an antibody, in this case an antibody from a camel. Antibodies serve our immune system, they can bind pathogenic substances and protect our body from dangerous invaders. Antibodies are widely used in medicine and biology, e.g for passive immunization or targeting of substances (mostly proteins) of interest. In both fields nanobodies have their advantages. They are stabler and much smaller than conventional antibodies and can pass narrow holes. So literally, for this nanobody camel it is easy to go through the eye of a needle.


This is a trimerization domain from human collagen XVIII. Collagens are well known for their function as structural proteins. We all know that collagen is an important component of skin, bones, and muscles. Not many of us know that there are over 20 different types of collagen, one of them (type XVIII) turned out to have a function rather untypical for collagen. Like other collagen family members collagen XVIII consists of three helical chains. The formation of this triple helical structure is dependent on the here shown trimerization domain. Once the trimerization domains of three collagen chains have found each other and assembled, the chains start aligning and acquiring a helical structure. This happens in a zipper-like manner. Cleavage of collagen XVIII results in a small protein called endostatin. Endostatin prevents the formation of blood vessels and is a possible agent for cancer treatment. 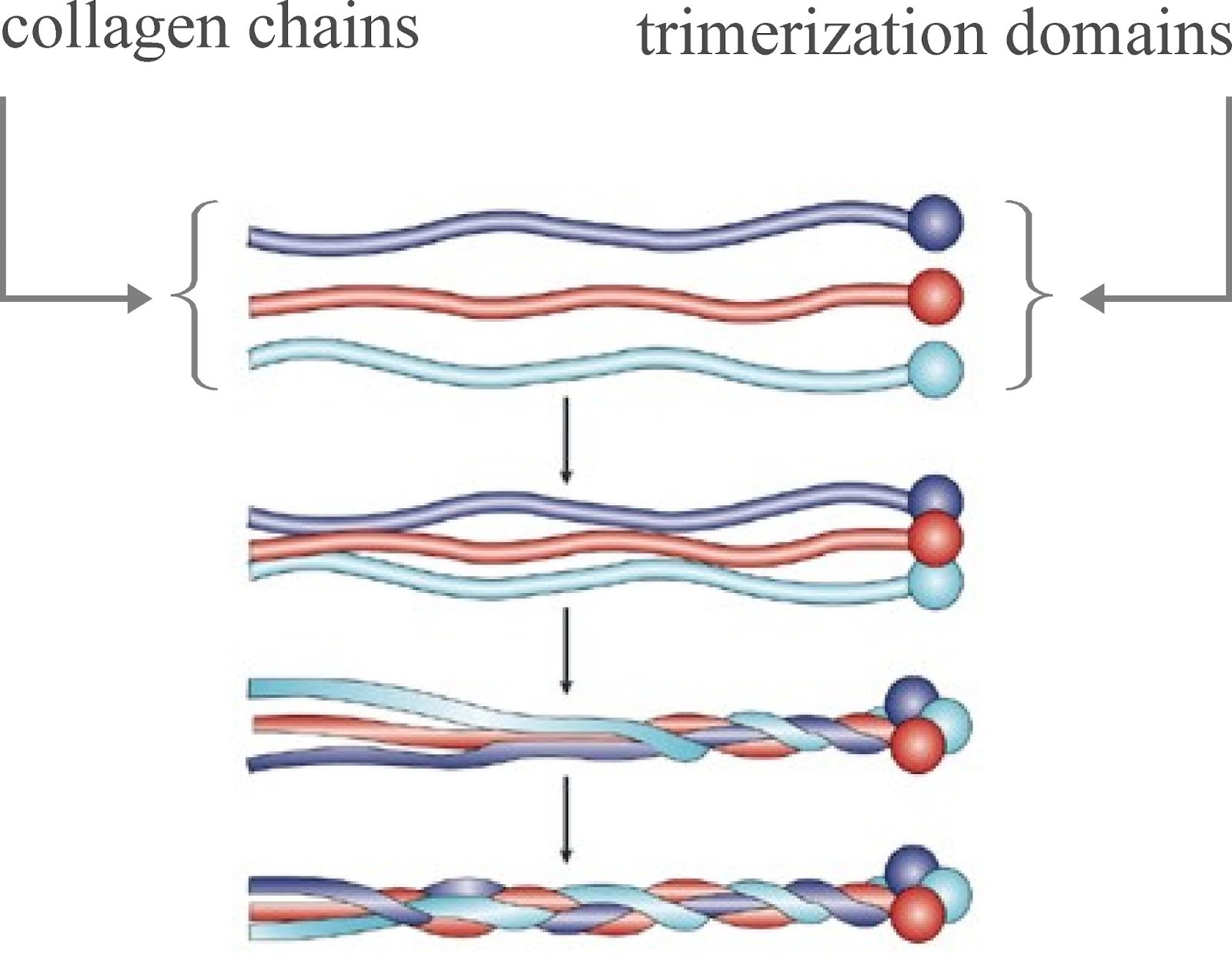 The old geezer in my drawing was supposed to be an allusion to the “Old Curmudgeon” (scenes with curmudgeon on YouTube; in german) from “The Little Asshole”, cartoon by a german comic creator Walter Moers... The same day that I was finishing this drawing, I occasionally stumbled upon a cartoonist unknown to me by then. His book was offered by the bookstore on our campus. The cartoonist's name is Jean-Marc Reiser. I liked his obscene cartoons and couldn’t resist the special offer, so I bought the book. When I came home I searched the Web for more cartoons. And that is what I found: 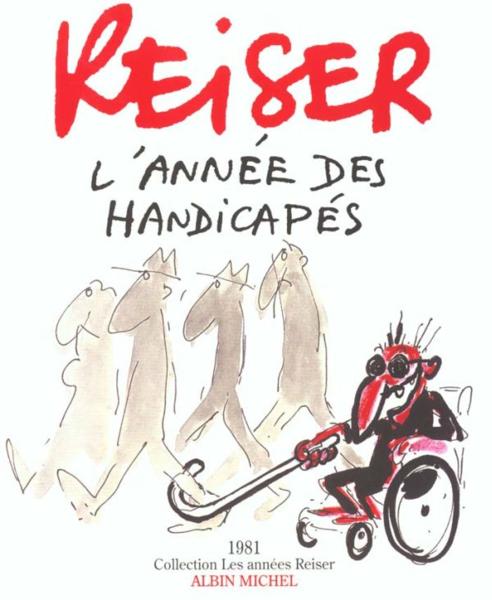 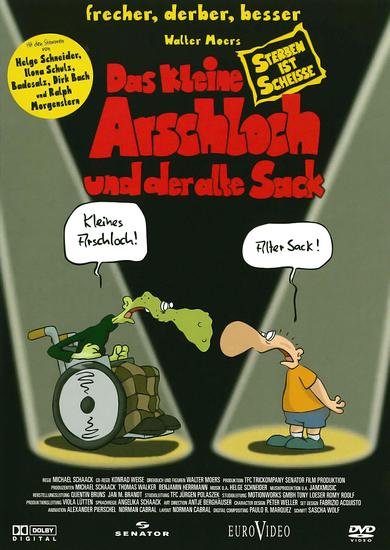 Indeed, I found out that Moers was a big fan of Reiser. Thus, my tribute to Walter Moers at the same time turned out to be a tribute to Jean-Marc Reiser.

I know, I’m a little late. But I don't want to miss this post as March 22. was the International Day of Seals. So here are the seals based on the IκBα protein, which, by the way, has been suggested by Diego, a guest of my blog.
IκBα belongs to the family of proteins which can inhibit the nuclear factor NF-κB. Therefore, first, it is important to understand the function of the latter protein. NF-κB is a transcription factor, meaning that it can go to the nucleus and bind DNA thereby controlling the transcription of special genes. This translocation to the nucleus requires some activating processes. In the case of NF-κB activation happens upon stress such as irradiation, free radicals, bacterial and viral intrusion, etc. This leads to a specific response helping the cell to overcome these stress conditions. In an unstressed situation NF-κB is inactive. IκBα is responsible for the inactivation of NF-κB by binding and sequestering it in the cytoplasm, thereby preventing its translocation to the nucleus. This inhibition is necessary to avoid chronic activation of NF-κB which might lead to cancer. It is the here shown ankyrin repeat domain of IκBα by which it masks the nuclear localization signals domain of NF-κB. Generally, the ankyrin repeat domain is responsible for protein-protein interactions and can be found in many different proteins.

Recently two students who used to work in our lab asked me to draw a special protein. Lipoate-protein ligase A (LplA) is an enzyme which catalyzes the attachment of lipoic acid to specific enzymes. This allows lipoic acid to act as a coenzyme primarily in oxidative decarboxylation reactions. Recently, this ability of LplA was used to label proteins with fluorescent tags [*].
And here are the outcomes:

“A Pashtun Man”
Instead of boring you with more information about the protein I decided to write a little bit about Pashtuns. They are an Iranian ethnic group which primarily can be found in Afghanistan and Pakistan. Pashtuns speak Pashto which belogs to the group of Eastern Iranian languages. One of their distinctive features is a very complicated system of tribes and clans. One example of Pashtun traditional garments is the so-called Pakul [*], a hat which you can see on the head of the drawn man.

One possible memory aid could go as follows: Like the Pakul helps to identify a Pashtun, LplA can help to identify proteins by labeling them.

Just turn the protein image through 180° and you will see a completely different motif which has absolutely no connection to the previous one.
"Sick Rat Dreaming of a Piece of Tart"


Ricin is a highly toxic protein from the castor oil plant. Few seeds of this plant are enough to kill an adult. But how does this protein influence our body? Ricin consists of two chains, A and B. Chain B (shown in the lower part of the drawing covering the feet of the demon and the cat) can bind the surface of our cells and thereby facilitates the penetration of chain A. Chain A (represented as the upper part of the demon’s body) is the actual evildoer. It is an enzyme which can inactivate ribosomes, the indispensable part of the machinery for protein generation. Thus, the organism dies due to lack of essential proteins. There were several attempts to use ricin as a warfare agent. 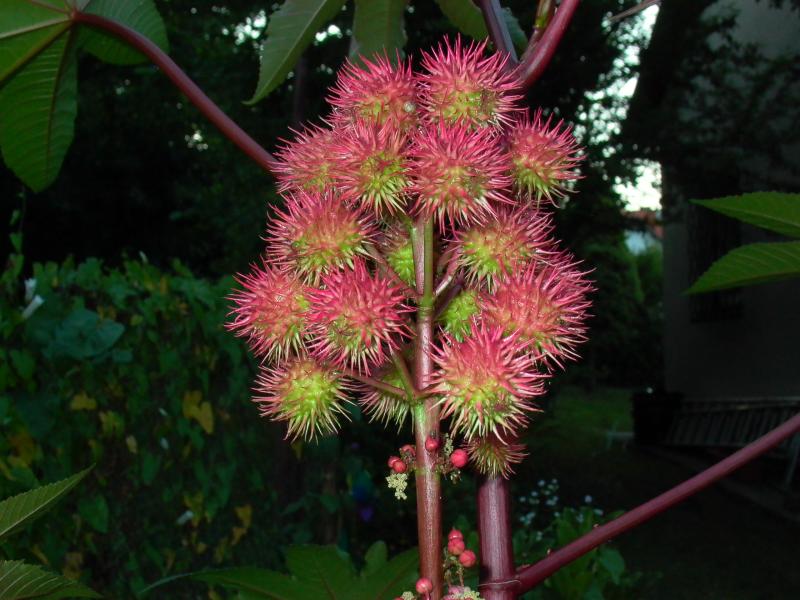 However, Ricinus communis has also useful features. As it can be derived from the its name, the castor oil plant is the source of castor oil. Especially in former times this oil was commonly used as a laxative.

The request for the current protein, PII, came from a scientist who is working in my department. His little daughter is my namesake, her name is also Maya. So maybe while drawing I was inspired by the famous German cartoon “Maya the Bee”.


PII is a signal transduction protein. It can be mainly found in bacteria and plants. PII can control the activities of a bunch of enzymes, trancription factors, and transport proteins. The protein can bind several components involved in carbon and nitrogen metabolism and thereby regulate the levels of these essential substances. However, the exact role of PII for plants remains unclear.

Like the bee in this drawing serves the flower (by fertilizing it), the PII protein contributes to important metabolic processes of the plant.

This time the drawing doesn't have exactly the same look as the protein, but it is involved in the very same activity, in breaking down alcohol.

roman_kr asked me to draw an ethanol molecule. But as I can draw only proteins, I suggested him that I could draw the alcohol dehydrogenase (ADH), an enzyme which breaks down ethanol in our liver.


How much alcohol we can stand, directly depends on the amount of ADH in our body. Thus, to all proud hard drinkers: It's not you coping with all these alcohol amounts... always remember that there are these sweet little ADH girls in your body without whose help you would be lost.

bellamar inspired me to draw the toll-like receptor. And here is the result which is also consistent with the latest news.
The TLR4-MD-2 complex shown here contributes to the activation of the innate immune system and thereby prevents a bunch of organisms (including ours) from pathogens. Together with the myeloid differentiation factor 2 (MD-2) toll-like receptor 4 (TLR4) can bind lipopolysaccharides, molecules from the surface of many bacteria.

The nervous crowd corresponds to TLR4 and the bull represents MD-2. The pathogenic lipopolysaccharid is not shown, but would be located on the back of the bull, virtually riding it. The presented structure is only the half of the native complex. Hopefully, our society will soon develop a similar mechanism to protect itself from pathogens attacking our financial system.

alleukemist. One of the proteins he's dealing with is Runx1. I have produced two variants for him. In these drawings you see the protein from two different perspectives.

Runx1 is a transcription factor. It means that this protein can bind and regulate certain regions of DNA. Runx1 plays a role in the production of blood cells. People with a defective variant of this protein can develop a certain type of leukemia.

In the previous post I offered to draw your "favorite" proteins. By the way, the offer is still open, don't hesitate to ask!

esya's choices was adenylate kinase. Thank you for the input, and of course you can have a high-resolution version if you like! This drawing is rather faraway from the original protein backbone (which you see on the left) but to me, it resembled Caesar. So here we go:


Adenylate kinase is an enzyme which catalyzes a transfer of phosphate groups between adenine nucleotides (molecules which are also part of our DNA). One of the molecules resulting from this reaction (ATP) is subsequently hydrolyzed and leads to release of energy which can be used, for example, to drive our muscles.